CBD was used medicinally in ancient Indian, Chinese, Egyptian, and Islamic societies. Because of its therapeutic properties, cannabis has been approved for medical use in numerous countries, with varied legal restrictions. Argentina, Brazil, Canada, Chile, Colombia, Czech Republic, Germany, Italy, Mexico, Spain, the United Kingdom, the United States, and Uruguay are among these countries. Read on to know more!

Over the last two years, sales of cannabidiol (CBD) products have been brisk, owing to expanding consumer knowledge of the drug and increased availability of hemp-derived CBD products outside of the authorized dispensary channel. Firms already in the cannabis industry, consumer packaged goods companies, and pharmaceutical companies all have prospects in this burgeoning market.

Market Drivers for Medical Cannabis in the U.S:

Compared to other therapy choices, cannabis is safer and has less severe adverse effects. It's also used with other medicines to improve efficacy or mitigate negative side effects.

For example, it works wonders in lowering nausea and increasing appetite in chemotherapy patients. It's also used in tandem with standard opioid medicines, allowing patients to lessen their opioid dosage and frequency while still getting better pain relief.

Geriatric people are more likely to develop chronic illnesses. They require more physician visits, so the World's aging population has played a significant role in raising the demand for medicinal cannabis. Clinical studies, research and development (R&D) initiatives, and the commercialization of cannabis-based indications are also projected to boost market growth.

The sale of marijuana will rise. There will undoubtedly be more sales than ever now that cannabis is legal in ten states! In fact, on July 4th of this year, more than $400 million worth of marijuana was sold! According to some estimates, the cannabis market could be worth up to 130 million dollars per year in the not-too-distant future. Although this is unlikely to occur before 2022, the figure illustrates how quickly the industry expands.

The Movement for Legalization Will Strengthen. Cannabis is officially legal in Illinois, and campaigners are fighting to legalize it in other states. In addition, recreational dispensaries may be permitted in Vermont, which has already legalized cannabis possession and cultivation at home.
The public's support for cannabis legalization is at an all-time high, with over two-thirds of Americans favoring federal legalization. Moreover, as the nations become more aware of the plant's potential benefits, this figure will climb over time. Others will take a longer time to legalize marijuana.

Not only will new cannabis products be available, but breeders are likely to develop new strains as well. Furthermore, cannabis-infused beverages are anticipated to become increasingly readily available and famous. Corporations already heavily involved in the alcohol sector produce some of these beverages.

Furthermore, because of the federal legality of the compound, CBD edibles are likely to be offered by businesses that aren't typically involved in the cannabis market. Despite the growing popularity of edibles and other cannabis products, marijuana flower is expected to remain the most popular form of the drug for the foreseeable future.

Furthermore, the quantity spent on cannabis during dispensary visits is likely to vary significantly. Most people will spend between $25 to $50 every visit on average, with only a tiny percentage spending significantly more. The number of money customers spends on marijuana will vary greatly. On an average visit, a third of clients will make minor purchases of $10 or less.

Scientists are discovering that cannabis and the substances found in it can have significant health benefits, including perhaps lowering cancer risk, and the general population is likely to become increasingly aware of these potential benefits. People will also become more aware that cannabis is far safer than alcohol. Customers will be more informed about its advantages.

Researchers are currently learning that some chemicals in cannabis may have anti-cancer capabilities, and additional research will be conducted in the future. New medical marijuana applications are being researched.

Researchers have discovered that not only does the plant have these qualities, but it may also be able to create novel molecules based on natural cannabinoids. These chemicals could have far more potent anti-cancer properties.

CBD also has antibacterial properties, and it may be able to treat illnesses that are resistant to antibiotics. This could lead to antibiotic-like topical CBD creams, as bacteria do not appear to build resistance to CBD over time.

The Compounds in the Plant

Generate effects in addition to THC and CBD, and scientists are learning about their benefits. Furthermore, marijuana includes terpenes, which have a considerable influence on the euphoric effects of certain strains. The Compounds in the Plant Will Become More Known.

Besides THC and CBD, breeders are expected to generate strains with high quantities of certain terpenes and beneficial cannabinoids. Customers of marijuana are also becoming more aware of terpenes' impacts and benefits. Here's everything you need to know about some of the essential substances studied by scientists in 2022:

This chemical is created as cannabis ages, and it is generally found in trace amounts in new marijuana (less than 1%). Although it is only mildly psychoactive, it has powerful anti-anxiety and sedative qualities. There's a significant likelihood that more CBN supplements may hit the market this year due to more excellent knowledge of this ingredient.

THC and CBD are derived from this molecule, which has many health advantages. When exposed to sunshine, however, it transforms into either THC or CBD. Many CBD products are anticipated to be infused with this cannabinoid in the future, and additional study on the compound's potential advantages is likely to be conducted.

THCV can be extremely psychoactive in high enough doses, but it's usually found in low concentrations. Moreover, the effects of THCV differ significantly from those of delta-9-THC. It produces a stimulating, euphoric, and intense high that lasts only a few minutes.

Furthermore, unlike THC, it suppresses hunger rather than creating "munchies." As public awareness of this ingredient grows, new strains will likely be bred to have high levels, and THCV supplements may be developed.

CBC is a non-psychoactive cannabinoid with many possible medical and health advantages. Unlike some other compounds on this list, it's found in large amounts in the plant, making CBC supplements easy to synthesize.

While THCA does not have euphoric effects until it is heated and converted to THC, scientists are now discovering that it has health benefits on its own. Unlike the other chemicals described here, it is impossible to manufacture a pure sample of THCA, and a selection of THCA will always contain a small amount of THC. In the future, this chemical is expected to receive greater attention.

Unlike the majority of terpenes, limonene affects cannabis receptors! This chemical, which is found in cannabis and other plants, is thought to provide health benefits. As a result, strains bred to produce more of this terpene are expected to emerge.

Terpenes from other plants

A range of additional terpenes and limonene is regarded to have considerable health advantages, and customers are becoming more aware of these chemicals. As a result, marijuana breeders are more likely to generate strains with higher concentrations of these chemicals than usual. Pinene, myrcene, and other terpenes are examples.

THC differs from delta-9-THC, which is the most potent of the three. It has psychotropic effects similar to THC; however, it is less powerful per milligram of the substance. It is, however, only found in trace concentrations in the plant. As a result, purer forms of delta-8-THC may emerge.

Stocks in the cannabis industry are expected to rise significantly due to the burgeoning market, but investments will remain risky.
Many cannabis stocks will be good investments.

More doctors will advise medical marijuana. As scientists get a better sense of the potential benefits of medicinal marijuana, doctors will be more willing to recommend it to their patients. This will result in an increase in sales at dispensaries across the country.

Statistics and Forecasts for the Cannabis and CBD Industries in 2022

Cannabis companies are thriving, and Cronos Group shares have increased by 45 percent in just a year. Maritime has risen by 80 percent in a year, demonstrating how lucrative the medical marijuana sector is. Only 8.7% of cannabis customers spend at least $100 each time they buy the drug.

Depending on the dispensary, between 49 and 81 percent of clients acquire marijuana flowers. Edibles account for roughly 13% of all cannabis purchases.

Last year, the marijuana industry in California generated 345.2 million dollars in tax income! Legalization is supported by a large majority of the American public, with 66 percent in favor.

The market for cannabidiol (CBD) by End-Use

The market is split into categories based on end-use: medical, personal care and cosmetics, pharmaceuticals, and food and beverage. Chronic pain, mental illness, cancer, and other medical conditions are subdivided into the medical segment.

Due to CBD's capacity to combat specific ailments, the medical segment is expected to rise substantially during the projected period. Clinical trials are on the rise, and companies, research institutes, and pharmaceutical companies collaborate to expand the CBD product network and assist market growth.

The market for cannabidiol (CBD) in the World, by Region

The market is divided into five regions:

The North American Region is expected to dominate the projection period. The existence of several major companies and an increase in the number of start-ups and clinical trials are all projected to contribute to regional market growth.

Legalization Of Marijuana And Hemp

Throughout the forecast period, the legalization of marijuana and hemp and the liberalization of government regulations in the Region could support the CBD market growth.PTSD, Parkinson's disease, and Tourette's syndrome are just a few examples.

Cannabis has been authorized for medical usage in many nations, with varying legal limitations, due to its therapeutic effects. Argentina, Brazil, Canada, Chile, Colombia, Czech Republic, Germany, Italy, Mexico, Spain, the United Kingdom, the United States, and Uruguay are among these countries. 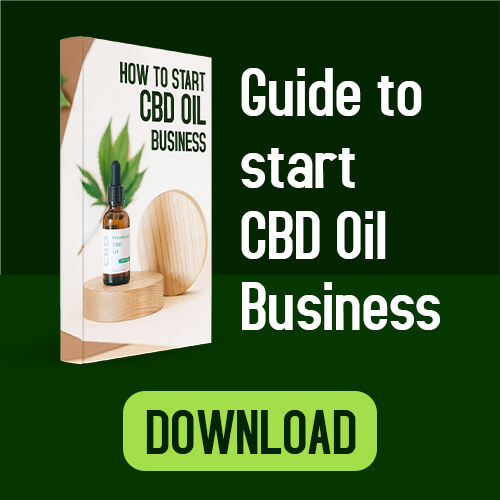